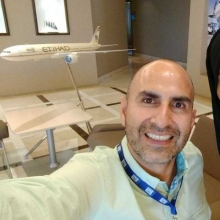 •     Strategic Planning for Projects and Business

Awards and acknowledgments as a Leader and Sportsman:- Award of merit for Colombia - for my job as a General Coordinator of the DF WHEELCHAIR TENNIS OPEN International Tournament in Brasilia (5 countries and 44 athletes). April 2013

- National award “Star of Hope” from CIREC Foundation in Colombia, for his work leading and promoting wheelchair tennis.

- Third place in Bogota and Soacha half marathons 2005 – Handcycle racer.

- Winner of scholarships with JICA in Japan (Tokyo and Hiroshima) and with Ardila Lulle business group for GEORGETOWN UNIVERSITY (Washington DC) through national contests.

- ITF (International Tennis Federation) considers Colombian Silver Fund Project (coordinated by Fabio) as one of the most successful in the world.

- Special prize from Discovery Channel, program SURVIVORS, for the story of his life and accident with NOKIA.

- Many cups and medals as participant of the NEC Wheelchair Tennis tour, with more than 120 tournaments yearly around the world (USA, Canada, Argentina, Chile, Colombia, Brazil, etc.)

- Finalist (among 152 proposals from 23 countries) of IADB Interamerican Development Bank’s contest, World of Solutions: Innovations for People with Disabilities - 2009.

- Translator and Reviewer of TED Talks, Ideas worth Spreading www.ted.com

(COLOMBIA, BRAZIL AND OTHER COUNTRIES) 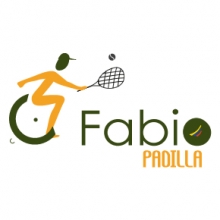