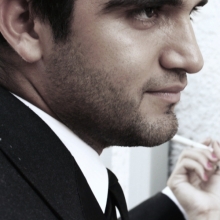 My professional goal is to learn and improve myself constantly in order to be able to influence and be a factor for change in my community and be able to contribute to the development of my family, my city and my country, taking into action activities that will help me to become a committed citizen, looking forward to obtain and apply a broad of competences and skills as well as an education based in human values, with the ability of teamwork and to achieve objectives in the short, medium and long term.

2009- 2011 Three times representative of Mexico in the Philip C. Jessup International Law Moot Court Competition, which is the world's largest moot court competition, with participants from over 500 law schools in more than 80 countries at Washington, D.C., after winning the Mexican National Rounds and the Mexican “best oralist” award. 2011- Received the “Borrego de Oro Award”, recognition granted by the Tec de Monterrey Campus Chihuahua to the most outstanding student in the leadership and social commitment activities during his studies at the university.   2011- Received the “Outstanding Performance Certificate” in the Law National Academic Test: CENEVAL.  2011- Elected as Academic Secretary of the “Student Counsel of the Tec de Monterrey Campus Chihuahua”, highest student organ of the university.   2011- until today: Cofounder and member of “Generador Ciudadano, S.C.” a social group devoted to promote the civil and political participation of society in politics, security and social responsibility in the state of Chihuahua.  2009- until today: Member of the ILSA, “International Law Students Association” with headquarters in Chicago, Illinois, and the most important law students association in the world.

2015- until today: Founding partner of CR Legal Partners, a prestigious law firm based in the city of Chihuahua, State of Chihuahua,with relevant partnerships nation-wide in Mexico and relevant connections with Public andPrivate entities.

2008- until today: Founding Partner and member of the company “Campo Nuevo, Cañón de Jacales S.A. de C.V”, focused on the development of the “Mi Casa de Campo Project”, an ecological development in Chihuahua where families can enjoy nature.