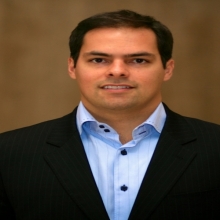 In 2011, he won the Libertas Award during the Liberty Forum, in Porto Alegre, Brazil

Paulo Spencer Uebel was Special Secretary for Debureaucratization, Management and Digital Government at the Ministry of Economy (2019-2020), CEO of Webforce Venture Capital and Director of Finvest (2018). Before that, he was Municipal Secretary of Administration of the City of São Paulo (2017-2018), CEO of WeWork BRAZIL (2015-2016) and Global CEO of LIDE - Group of Business Leaders (2013 to 2015). He was also executive director of Instituto Millenium (2008 to 2011) and General Director of LIDE SUL - Southern Chapter of the Group of Business Leaders (2009 to 2010), in the states of Rio Grande do Sul, Santa Catarina and Paraná. Before that, Paulo was a lawyer in the tax area of ​​the firm Demarest & Almeida (2007) and partner of Humberto Ávila Law Firm (2002-2006), working with tax, administrative and constitutional law.

Paulo holds a bachelor's degree in legal and social sciences from PUC-RS, a specialist in tax, financial and economic law from UFRGS, and a specialist in global leadership from Georgetown University. He holds a master's degree in public administration (MPA) from Columbia University in New York, where he worked as a researcher at the Institute for Latin American Studies and at the Lemann Center for Brazilian Studies. He is a fellow of the Lemann Foundation, Ling Institute, of the Person of the Year program of the Brazilian-American Chamber of Commerce, in New York, and of the Latin American Board, of Georgetown University, in Washington, DC.